Porto, the Douro, and the wine

When you listen to the word Porto we’re sure you think of Port Wine. The city of Porto and the fortified wine have been a great duo for a long time. Though the Port wine is not produced in Porto, it is impossible to dissociate the two.

As the harvest season in the Douro region is just starting, join us on a Porto, the Douro, and the wine one-on-one. After this, the only sensible thing to do is to get on board and take our Porto and Douro tour!

Porto is a delightful city. Warm people, good food and a landscape that takes your breath away. If you’re expecting something similar to Lisbon, you’re at the wrong place. The city is characterized by granite, so it’s much darker than Lisbon. The historical center’s main feature are the narrow and (sometimes) labyrinthic streets. That’s part of its charm.

Walking around the city you’ll discover the different architectural periods and their different demands and styles. The buildings are quite like the people from Porto: strong yet charming, practical yet with delightfully surprising details.

From the narrow streets of the historical center (by the Ribeira area), walk up to admire the colorful and timeless buildings that lead you to the majestic Avenida dos Aliados. Most of the properties in the city center have been renovated in recent years. The buildings maintain the city’s look of deep cultural and historical heritage but, at the same time, give it a look of renovation and breath of fresh air.

It is impossible to talk about Porto and not mention the Douro river. It has played a defining role in the importance of the city, historically, economically and geographically. It connects the city to the Douro region and it was thanks to this connection that the wine production business developed.

The Douro river and the Douro region

The Douro river runs from Spain through Portugal and into the Atlantic Ocean. On its way, it meanders through the Douro region and nourishes the margins where some of the best vineyards in the world grow.

This region has been occupied and explored since the beginning of times when the first primitive people inhabited the territory. Throughout the years different civilizations and people occupied the land and started to develop the region.

Pouring the grapes into the winepress | 📷 credits – Casa Alvão

In the 12th and 13th centuries, during the medieval ages, a religious order set foot on the Douro and built a monastery and, consequently, developed a community that explored the land. The wine production was the next natural step, as centuries went by and the English started to buy wine to the Portuguese.

The Methuen Treaty, signed between the United Kingdom and Portugal, in 1703, granted preferential rights to the Portuguese wines, with Portugal’s counterpart allowing the British the free entry of fabrics into the national market. This was not the best deal in the world if we’re talking about the quality of the wine as the producers started adding water to the wine, reducing its quality but resulting in a bigger profit.

Commercial relations between the Portuguese producers and the English businessmen were not always peaceful and they hit rock bottom with the wine sector crisis, in mid-18th century, caused by  low wine demand. Between 1757 and 1761, Marquês de Pombal managed to turn this situation around by creating the Demarcated Douro Wine Region. This was the first step to the development of the Douro Wine region as we know it nowadays.

During the 19th century, the Douro region was haunted by diseases that hit the vineyards, such as powdery mildew and phylloxera. This unfortunate situation later contributed to the development of viticulture in the region, as producers were forced to find biological and chemical innovations to fight and prevent these diseases. The construction of the railway lines also contributed to the growth of the region, allowing a better and easier flow between the Douro and Porto and also between the Douro and Salamanca (Spain).

The typical vineyard terraces that now characterize the region’s landscape started being built in the 70’s when new plantation techniques were introduced. This technique also uses the shale rocks, very abundant in the region, to support the terrace walls.

The change in the scenery, by human intervention, contributed to the UNESCO’s Human Heritage Patrimony nomination for the Douro region, in 2001.

Port wine is a Portuguese fortified wine, produced in the Demarcated  Region of Douro, under specific conditions (depending on/resulting from natural and human factors). The process of winemaking, based on traditional methods, includes the stopping of the fermentation of the must by adding grape brandy, making lots of wine and ageing the wine.

The Port Wines have different categories, according to the manner in which they are aged. Ruby, Tawny, White, and Rosé. 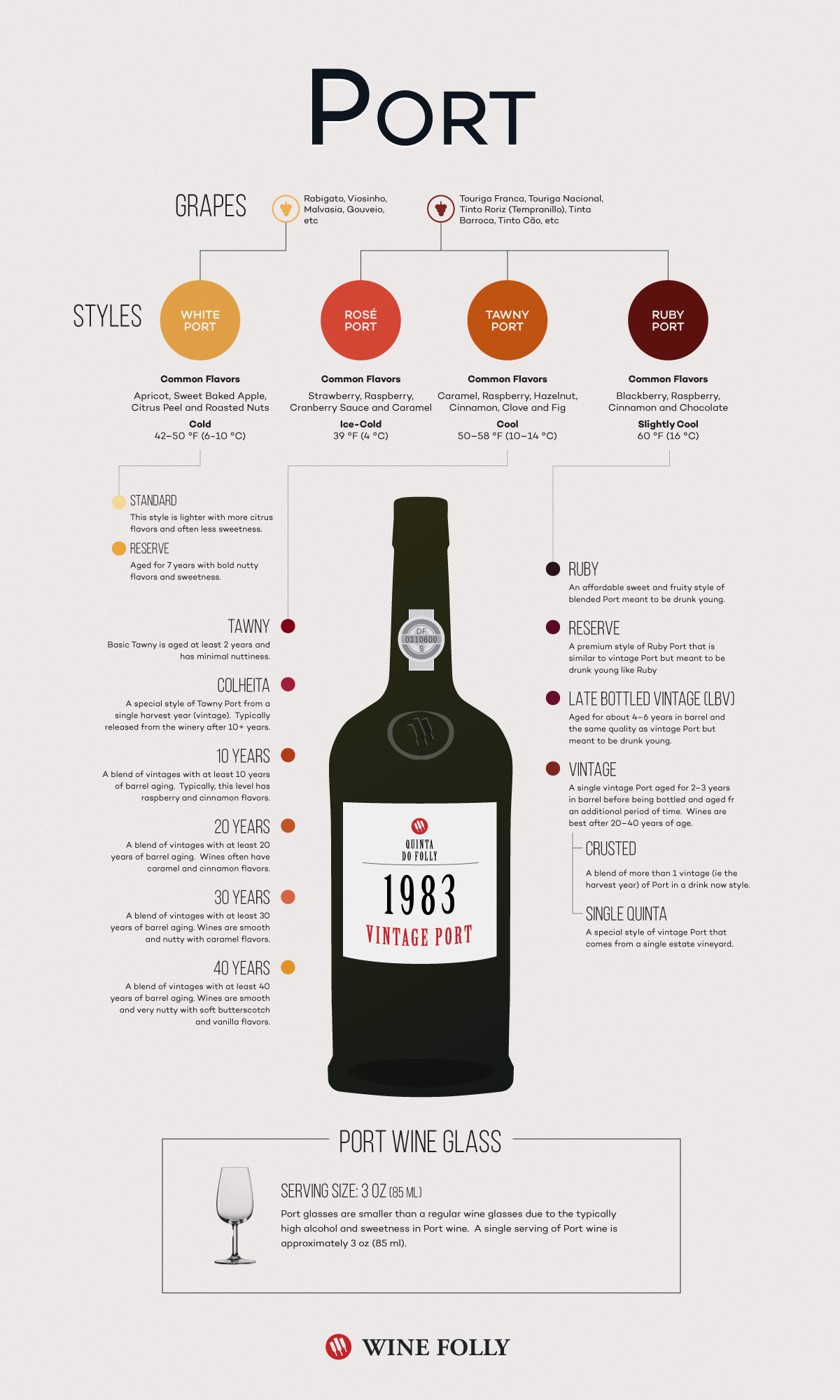 Get to know more about The Douro Valley and the Port wine on our previous post.

The Vintage Port, is a very special wine: produced from a single harvest in a year of extremely favorable conditions. Only the Port and Douro Wines Institute can declare a Vintage, and only when the submitted wine samples are of outstanding quality. The Vintage Port Wine is bottled only two or three years after the harvest, after maturing in wood, continuing its process in the bottle. Vintage Port has to be decanted before consumption, as it tends to present sediment. Deep colored, fruity taste and a complex bouquet are the main characteristics of the Vintage Port

Although the Douro is a region of tradition, not all of them can be kept (for different reasons). This also applies to wine production. There are two distinct ways of making wine.

The traditional method – with a wide, shallow granite tank being the main player -, which produces wines with more color and tannins, enhancing the aging process. And the more modern method, where the wine is produced in stainless steel tanks, under controlled temperatures. These wines are more refined and the aromas are better preserved. It is not rare for producers to combine both methods as they can create more complex wines.

A lot has changed throughout the years. Nevertheless, the traditions still reign in the Douro  Region and the harvest season is one of the best times of year to visit this breathtaking area. For wine lovers, this is paradise. For those who enjoy a good glass of wine and idyllic landscapes, this is one of the best places in the world!

There is a lot to learn and to explore about Porto, the Douro, and the Wine. We are committed to this quest. And we would love to share it with you!

There is a lot to learn and to explore about Porto, the Douro, and the Wine. We are committed to this quest. And we would love to share it with you. Join us on our Porto and Douro tours. We are sure you’ll fall in love with our city, it’s history, our culture, and our wine.

We use cookies to ensure that we give you the best experience on our website. If you continue to use this site we will assume that you are happy with it.Ok